These errors resulted in denied claims and underpayment to veterans affected by exposure to contaminated water at Camp Lejeune.

The VA Office of Inspector General (OIG) conducted a review in 2022 to determine whether Veterans Benefits Administration (VBA) staff followed regulations and procedures in processing and deciding Camp Lejeune-related claims. 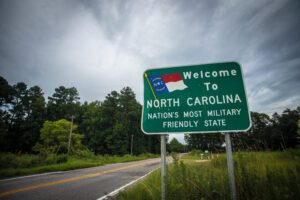 In January 2017, the Agency for Toxic Substances and Disease Registry (ATSDR) determined that the trichloroethylene and tetrachloroethylene levels found in the water supply systems at Camp Lejeune were a public health hazard. The ATSDR estimated that one million individuals, including civilians and children, who resided or worked at Camp Lejeune from the 1950s to the mid-1980s could have been exposed to these contaminants.

In March 2017, the VA adopted a presumption of service for illnesses related to exposure to the contaminated water at Camp Lejeune. The presumption applied to veterans who were exposed for at least 30 days between August 1, 1953 and December 31, 1987, and developed one or more of eight medical conditions covered by the presumption. For any veterans who met these conditions, the presumption meant that they could receive disability compensation without having to prove that their Camp Lejeune service caused the illness.

From March 14, 2017, when the presumption of service was adopted, to March 31, 2021, the VBA decided 57,500 claims, including both presumptive and non presumptive illnesses, and denied 71 percent of those claims. About 90 percent of the denied claims were for non presumptive conditions, prompting the OIG’s audit of the VBA’s Camp Lejeune-related claims processing.

Several factors contributed to the premature denial of claims. In 42 percent of prematurely denied claims, the failure to send letters requesting documentary evidence of exposure to contaminated water at Camp Lejeune resulted in denials. Lack of experience with the process and procedures involved in such claims, even at the supervisor level, resulted in veterans being denied their entitlements.

Of the 16,500 disability claims granted, 14 percent were not assigned accurate effective dates of benefits, resulting in an estimated underpayment to veterans of at least $13.8 million. In processing these claims, VA regional office staff failed to follow federal regulation to assign the earliest effective date or the most advantageous effective date applicable to the case.

In response to the OIG’s findings, the director of the Northeast District, acknowledged the errors, and noted that the VBA’s Quality Assurance Program identifies procedural deficiencies for improvements and focuses on the accuracy of claims decisions as determined by the Systematic Technical Accuracy Review team. The director agreed with the OIG’s recommendations and added that the VBA will assess the accuracy of processing Camp Lejeune-related claims over time and will develop a plan to improve processing and possibly further centralization of processing if there is no improvement. The OIG intends to monitor the implementation of the VBA’s planned response to the issues identified by the audit.

Anapol Weiss can help you with your Camp Lejeune-related claim. Anapol Weiss has vast experience in environmental exposure lawsuits including water contamination lawsuits. Our attorneys have led the charge in pursuing mass tort actions against powerful business entities, and represented thousands of individual claimants in asbestos and water contamination litigations.

If you are eligible for a Camp Lejeune claim or your claim was denied, the dedicated team at Anapol Weiss will examine your case and fight for your full and fair compensation. To speak to a member of our team, please call (888) 366-3530 for a free, no obligation case consultation with a member of our Camp Lejeune water contamination legal team today.