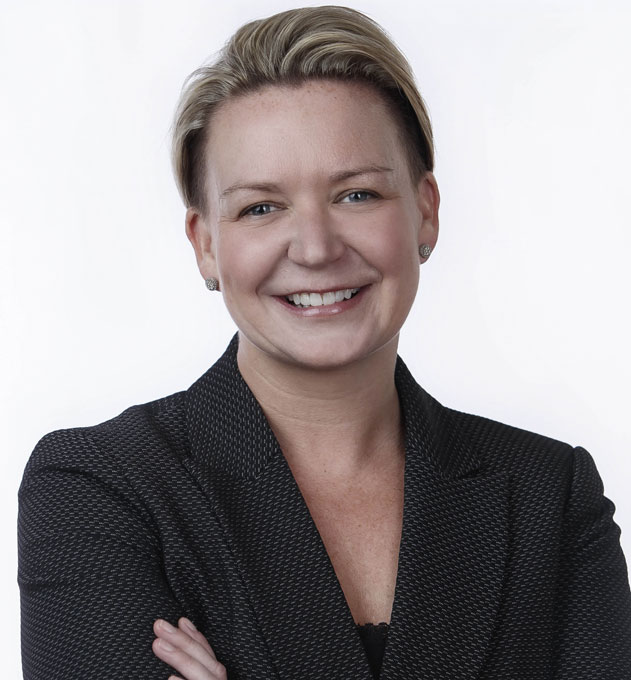 Kila Baldwin is a shareholder at the law firm of Anapol Weiss. In her career, Baldwin has been involved in a number of high-profile cases, including as lead counsel in trials that resulted in verdicts of $80 million, $57.1 million, and $41 million against Johnson & Johnson in transvaginal mesh cases.

In her most recent case, Baldwin was co-lead counsel at a trial that resulted in a $9.7 million verdict — nearly $11.6 million with prejudgment interest — against a neurosurgeon and Thomas Jefferson University Hospital for a patient who suffered brain damage during surgery. Before that, she achieved a $12.75 million settlement with Monteris Medical Inc., the maker of a defective medical device that broke during the same surgery to remove a benign brain tumor.

In May 2019, Baldwin was lead counsel in a six-week trial that resulted in an $80 million jury verdict against Johnson & Johnson subsidiary Ethicon Inc. for a Media, Pa., woman injured by a surgically implanted vaginal mesh device. The verdict in Philadelphia Common Pleas Court included $50 million in punitive and $30 million in compensatory damages, making it the country’s most significant compensatory award to date in a vaginal mesh case.

A few months earlier, Baldwin won a $41 million verdict — including $25 million in punitive damages – against J&J for a Lancaster, Pa., woman who suffered permanent injuries from a vaginal mesh device designed and marketed by a company subsidiary.

In late 2017, Baldwin was lead counsel of an all-female trial team that won a major jury verdict against J&J for a Pennsylvania woman injured by a vaginal mesh device made by the company’s Ethicon Inc. subsidiary. The award included $7.1 million in compensatory and $50 million in punitive damages for the behemoth drug and device maker’s reckless behavior in selling the defective product that was implanted in women across the country. The verdict was featured on the BBC program Panorama. In earlier cases, Baldwin was co-counsel in two trials that resulted in verdicts of $12.5 million and $13.5 million for two other women injured by the surgically implanted vaginal mesh products.

In December 2012, Baldwin was co-counsel when a jury in Allegheny County, following a five-week trial, awarded $109 million to the family of a woman who was killed when a West Penn Power electric line fell on her in her own yard. The case was later settled for $105 million.

Baldwin also was co-counsel in the wrongful death case of a tow truck driver who was killed when the parking brake on his Ford F-350 tow truck spontaneously disengaged and he was crushed beneath the vehicle. An Allegheny County jury awarded his family $8.75 million. That case and Baldwin’s critical role are chronicled in the book Bad Brake.

She previously helped litigate the Bridgeport fire case, which concluded in a preliminarily approved settlement of $35 million in April 2008. The settlement benefited more than 100 businesses and individuals who suffered losses in the fire that destroyed the Continental Business Center in Bridgeport, Pa. in 2001.

During the Covid pandemic, Baldwin received a verdict of $1,335,000 in a medical malpractice case involving a delay in diagnosis of ovarian cancer in the U.S. Middle District of Pennsylvania.

Baldwin earned a dual J.D./M.B.A. from the Temple University Beasley School of Law, where she was awarded the Beasley Scholarship and two awards for Outstanding Oral Advocacy. While at Temple she studied international law in Rome and was a member of the International Law Society and the Woman’s Law Caucus. Later, while a practicing attorney, she again attended Temple and graduated in 2010 from the LL.M. Program in Trial Advocacy, where she subsequently was appointed an adjunct lecturer.

Baldwin earned her bachelor’s degree in economics from Pennsylvania State University, where she graduated Phi Beta Kappa and was a member of the Schreyer Honors College.

Baldwin is the President of the Pennsylvania Association for Justice (PAJ), previously having served as parliamentarian, secretary, treasurer, and vice president of the 18,000-member organization. She is also a board member of the Philadelphia Trial Lawyers Association and the Attorneys Information Exchange Group, a national litigation organization for attorneys handling vehicle defect and transportation-related accident cases.

Baldwin recently authored a chapter in PAJ’s MedMal for Beginners, a 63-page booklet on handling medical malpractice litigation. Her chapter dealt with “The Interplay Between the MedMal and Medical Product Case.”

Baldwin is licensed to practice law in Pennsylvania and New Jersey.

Kila Baldwin In The News: