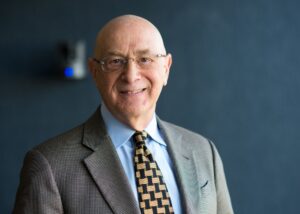 Shareholder Larry E. Coben continues to provide appellate Amicus Brief support in the United States Supreme Court on issues that affect the public’s access to the judicial system. On July 12, 2022, Larry filed the attached Brief (on behalf of the Center for Auto Safety and the Attorneys Information Exchange Group) asking that the Court reverse a decision of the Pennsylvania Supreme Court and establish a new test allowing for general jurisdiction over a non-resident corporation—on any legal controversy—when that company registers to do business in a State and follows-through by carrying-on substantial business in that state.

Larry observed that: “foreign and domestic corporations have expanded their reach to every state in the United States by registering to do business and then obtaining significant financial profits marketing their products and providing services that benefit every American. It’s time that consumers have the right to file suit on claims against these corporations in every State where they profit from their in-state business. There is no justification for denying individuals access to courts in their home state when the company causing harm has obtained major profiting in that state.”