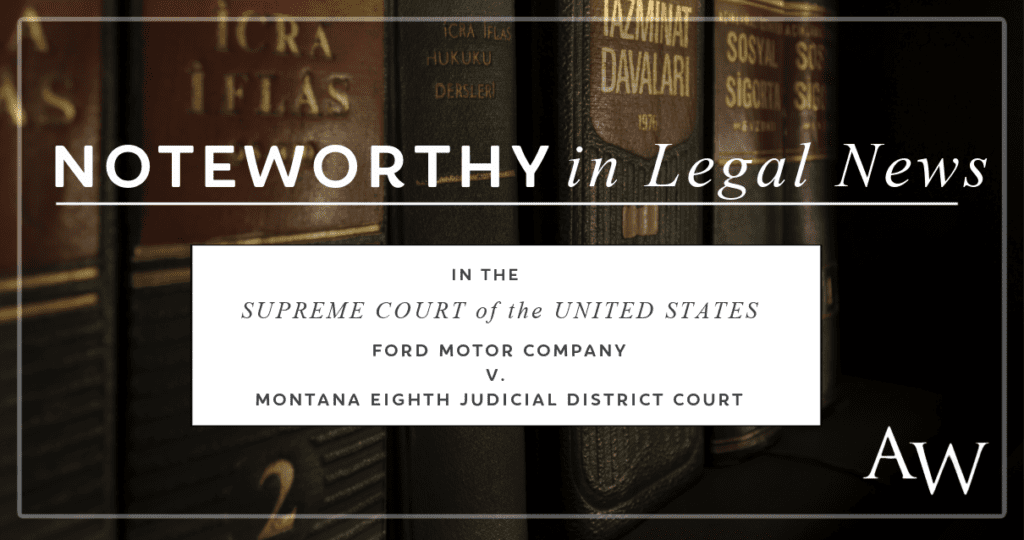 Shareholder Larry Coben wrote and filed in the US Supreme Court an Amicus Brief for the Center for Auto Safety in a case that was argued before the Court on Wednesday, October 7, 2020.

The ruling on this appeal has significant jurisprudential implications for every consumer who purchases and uses motor vehicles throughout the United States. The issue at stake is the rights of consumers injured by unsafe products to sue manufacturers in the state where he or she was injured, even when the manufacturer made the product in another state.

Ford argues it can’t be sued in the state where the injury occurred if the car was built and distributed from another state.

“If Ford wins, thousands of injured consumers will have to go to the state where the product was built and sue there, rather than in their home state,” Coben says. “This will place an undue burden on the injured parties, rather than on the manufacturer of unsafe products, where it should be.”

Larry Coben is the Counsel of Record for The Center for Auto Safety and The Attorneys Information Exchange Group in this matter. He is serving as Amicus Curiae, which means that he serves as a voluntary adviser on this matter to the Supreme Court. The Center for Auto Safety was created as a non-profit consumer safety organization to advocate for improved motor vehicle safety for all consumers.

Larry Coben is an award-winning attorney and prolific writer in the legal industry. He has been standing up to manufacturers of defective products for over 40 years. To learn more about Larry and his background, click here.