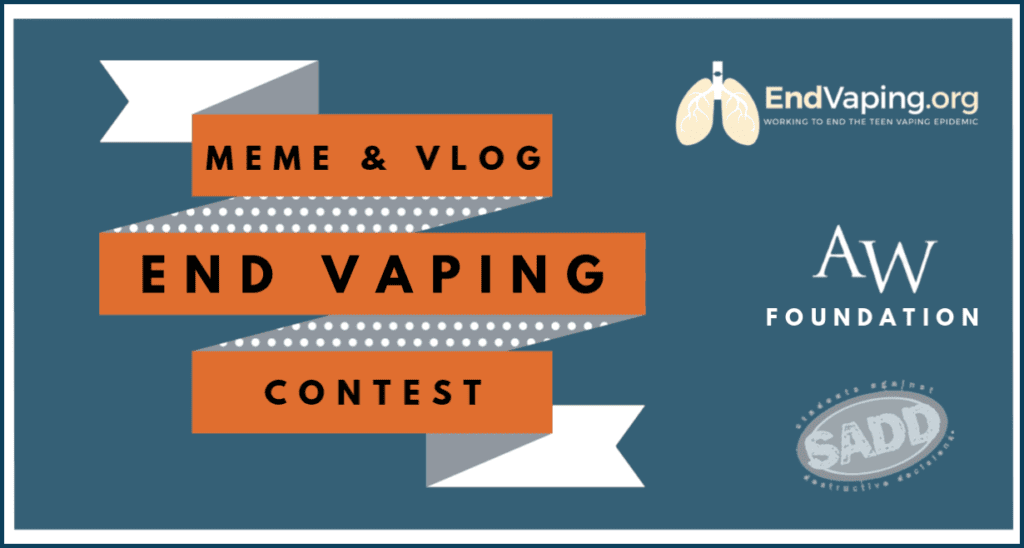 Anapol Weiss is thrilled to announce that the winners of the End Vaping contest sponsored by the Anapol Weiss Foundation have been named. First, second and third place entry winners have been announced for vlog, middle and high school and meme entries, for nine total winners. The first-place vlog winner will receive $2,500 and the first-place meme winner will receive $1,000. Second place and third place winners for all three categories will receive $500 and $250, respectively. Winners included students in five grade levels across seven states. 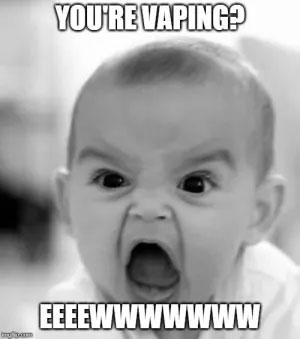 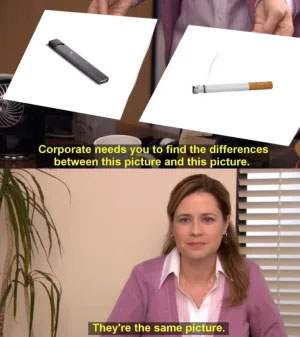 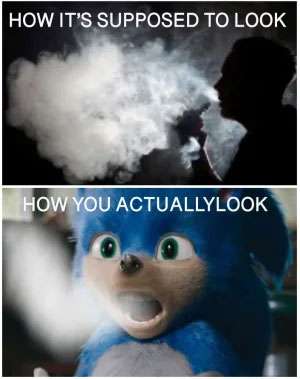 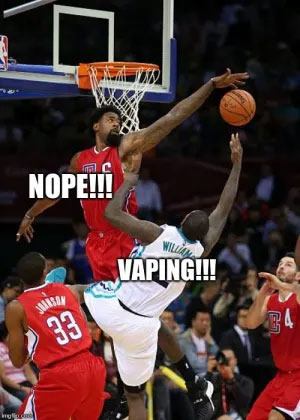 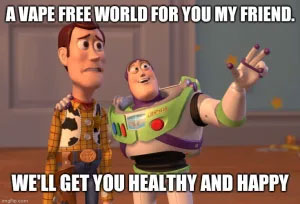 The End Vaping contest collected hundreds of meme and vlog submissions from middle and high school students across the country, all with a unique and clever twist on the messaging to end vaping amongst teens. The inaugural contest is a collaborative effort between EndVaping.org, a free educational resource for teens and parents, SADD (Students Against Destructive Decisions), and the Anapol Weiss Foundation, meant to raise awareness and reward strong community voices in the campaign to end vaping.

Contest co-sponsors SADD reviewed submissions and narrowed down the pool of finalists based on entries’ humor, uniqueness, and on-topic approach. From this pool, the contest was opened to the public with a social media poll that allowed anyone to vote on their favorites once a day for a full week. The finalist submissions were then shared with Anapol Weiss Shareholder Tracy Finken and Dr. Brian Jenssen to act as final judges. Tracy and Brian were asked to judge memes and vlogs based on creativity, the clarity of the message conveyed, the artistic and graphic quality, and how likely the entry would be to cause viewers to reflect on or consider issues of youth vaping.

Contest judge Dr. Brian Jenssen is a leading medical voice in the fight to end youth vaping. He is a practicing physician at the Children’s Hospital of Philadelphia (CHOP), one of the nation’s leading children’s hospitals, as well as the Medical Director of Value-Based Care for CHOP’s Care Network. Dr. Jenssen is also an Assistant Professor in the Department of Pediatrics at the University of Pennsylvania.

“I’m impressed by the dedication of the students in taking on this important issue, the creativity of the submissions, and, most importantly, the display of their understanding of the core concerns,” Dr. Jenssen shared. “E-cigarette and tobacco companies are doing the same things they did for cigarettes: trying to manipulate teenagers and young adults to become addiction to a product for the rest of their lives.”

Tracy Finken, Esq. is a Shareholder at Anapol Weiss, where she concentrates her practice on pharmaceutical and products liability, and large class actions. A skilled specialist in pharmaceutical law, Tracy is also a devoted mother of four. She is passionate about using her platform and expertise to end youth vaping. Tracy has been featured as an expert voice in numerous regional and national press placements, including on Cheddar News and NBC 10.

“It is so inspiring to me to see hundreds of students across the country coming together to combat this crisis with us,” Finken explained. “The vast majority of teens know how harmful vaping is and they want to stop the epidemic. They are advocates at heart and are willing to be the change they wish to see in the world.”

EndVaping.org was founded in 2019 in response to the troubling rise in youth vaping by Anapol Weiss Shareholders Joel Feldman and Tracy Finken. This free resource was created to help students, parents and school faculty find informative materials to help prevent and end youth vaping. Visit today to book a free educational presentation for your school.